The End of Team Building?

It's fun. It's (often) expensive. It tends to achieve something.

But is it worth it? Is it the best investment for what you want to or need to achieve?

Team building had developed over the past decades into a sizable industry. There tend to be typically two general types of team building: indoor and more adventure oriented outdoor programs. The formats, contents and delivery vary from provider to provider and so does the quality of these programs.

Typically, the most common expected outcomes for team building include:

- Better buy-in and understanding of the idea of team work

While most team building programs tend to achieve these objectives at least to some extent, the question is if this is the most effective approach to achieve it? And how does team building fare when it comes to dysfunctional teams?

What is the alternative?

How does it work?

Unlike in 1:1 or group coaching, very specific and innovative team coaching tools are deployed to achieve pre-defined outcomes with the ultimate purpose of increasing team productivity and/or team positivity. 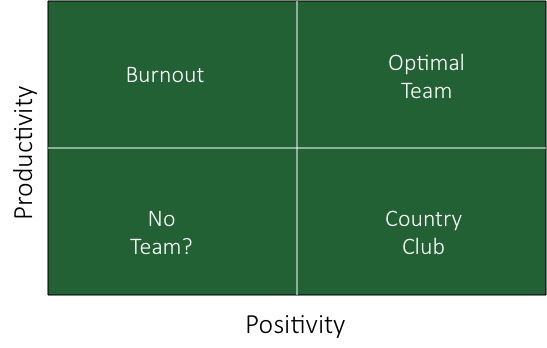 For example, the top management team of the Asia headquarters of a larger European kitchenware company was experiencing a lot of conflicts, especially between three of their nine team members. They went for a team building activity and things seemed to improve at first, but within less than a month from that event, things were back to square one.

On team coaching day, one of the first activities was for the team members to work out the team purpose. Then, the team coach applied the team coaching tool ‘The 4 Poisons of a Team’ (Defensiveness, Blaming, Stonewalling, Putting Others Down). Each team member had to position himself close to a marker representing the poison she/he felt was most apparent in this team. Then every team member had to explain why they chose that poison and what made them say it is happening in the team, without pointing fingers to anyone or naming anyone. Then every team member had to walk around the four poisons again and stand close to the poison that they feel, if eradicated, would be most beneficial for the team. Each team member including the Productivity Positivity Optimal Team Burnout Country Club No Team? team leader had to make a specific commitment on what they will do to prevent this poison from affecting the team. These commitments were journaled and followed up about four to five weeks after the team coaching day. Team members journaled their commitments and followed up after four to five weeks. Some other team coaching tools were applied to further improve productivity and positivity of the team.

During the follow-up session, all team members, especially the team leader agreed that conflicts significantly reduced and that ever since the team coaching day, they have enjoyed working with each other much more. Not everything was perfect, of course, but the change was significant.

For team coaching to work effectively, it requires

• A solid assessment of what’s happening

Team coaching well done has a very high return on investment, something that can’t always be said for team building. More importantly, while team building might work well as a ‘wellness program’ for any team (and there is nothing wrong with wellness), it tends to not really resolve deeper lying issues or dysfunctions in a team. Team coaching has proven to be able to address such issues and to achieve lasting change.

Want to be CFO one day? You need to take control of your career

Sometime in the last decade the role of the CFO morphed from number cruncher to powerbroker. Gone are the days of the lonely accountant, kept isolated from the rest of the company. Today, the world's most successful CFOs are innovators who command a room and are sounding boards for the CEO.

Personal leader resilience is key to navigate the current crisis and uncertain future.

Currently, the resilience of businesses is being tested to the limit. But also, leaders’ robustness and resilience are key now to enable organisations and their teams to operate in these current unprecedented, frightening times.